More about the Polychromy Round Table

The Beginnings of Polychromy studies

An awareness of the original presence of colour in the sculpture and architecture of Classical Antiquity may be traced back to the 17th-18th century. During the 19th century, polychromy was hotly debated; it collided frontally with aesthetic ideals deeply ingrained since the Renaissance of 15th century Italy. Towards the end of the century, literary and archaeological evidence combined to decide the debate in favour of polychromy (Østergaard 2010; Primavesi 2012; Henke 2020, xx-xx; Settis 2020).

The consensus reached was however shared by a relatively small number of scholars. Mainstream art history and classical archaeology at universities and in museums remained largely unaffected. The perception that classical sculpture and architecture was essentially marble white remained unchanged. Subsequently, the two World Wars and the Interwar-years saw polychromy research come almost to a stand-still (Jockey 2013, 239-262).

After World War II, the first steps were taken towards a new beginning. The seminal work by Patrik Reuterswärd contributed decisively (Reuterswärd 1960). The 1960s saw the introduction and development of photographic techniques centered around Volkmar von Graeve at the University of Freiburg in Germany. Their potential for polychromy research was pursued by students such as Christoph Wolters and Vinzenz Brinkmann. These and other developments are at the roots of the present formative phase. 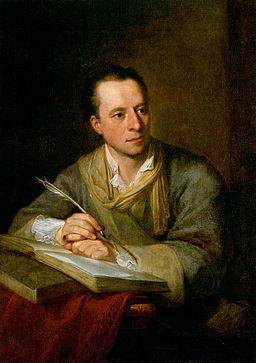 Portrait of Winckelmann (1764) by Angelica Kauffmann

Suggested further reading for an overview of research history:

The formative phase: a combination of circumstances – a critical mass

The decisive factor was the presence by the late 1990s of a ‘critical mass’, a happy combination of circumstances born of parallel developments in archaeology, conservation science and natural sciences over the last two decades of the 20th century. This again was due not least to contributions by scholars such as V. Brinkmann, U. Koch-Brinkmann, B. Bourgeois and Ph. Jockey. As important was the rise of schools of conservation since the 1970s, serving the humanities with ever more sophisticated technologies and analytical methodology from the natural sciences.

The sum result was an increased awareness of the importance of colour in the visual culture of classical antiquity, not only within the established fields of wall-painting and mosaics, but also in the polychromy of sculpture and architecture. It was accompanied by focused investigations of polychromy in sculpture, especially that of Greece. (Brinkmann 2003;Bourgeois – Jockey 2007; 2010). 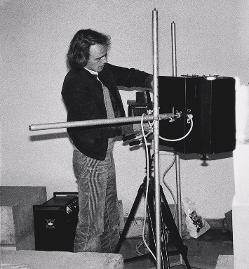 Further reading on the formative phase of polychromy studies:

A need to meet: Earlier meetings on colour in ancient visual culture

The increase in research activity led to a need for meetings focusing on the phenomenon of colour. The first, was held in 2000 in Thessaloniki. It was broad in scope and focused on Greece (Tiverios – Tsiafakis 2002). The next dealt diachronically with Western sculpture, at an unpublished colloquium in connection with the exhibition ‘The Colour of Life. Polychromy in Sculpture from Antiquity to the Present’ at the J. Paul Getty Museum (catalogue: Panzanelli 2008).  That same year, 2008, the important colloquium ‘Circumlitio. The Polychromy of Antique and Mediaeval Sculpture’ took place at the Liebieghaus in Frankfurt (Brinkmann – Primavesi – Hollein 2010). It should be regarded as seminal for the series of Round Table meetings which began in 2009. Also in 2009, at a conference in Athens, the subject was again viewed in a predominantly Greek context and not restricted to sculpture (Jockey 2018). Two further meetings outside the Round Table series must be mentioned, each dealing for the first time with aspects which had not hitherto been specifically dealt with. First, ‘Diversamento bianco. La policromia della scultura romana’ (Liverani – Santamaria 2012), held in Firenze in November 2010, with papers on Etruscan and Roman sculpture, including important conservation scientific contributions. Then, in 2017, ‘Reconstruction of Polychromy’, at the University of Bordeaux (Mulliez 2019), offered a wide survey of reconstruction projects and methods, ranging from the Ancient Near East to Medieval Europe. The gamut of ancient visual media presented was equally broad – mosaics, wall painting, mosaics, sculpture, buildings.

Publications of the early meetings:

In the public eye: Exhibitions on polychromy

Exhibitions on polychromy have been vital drivers in creating public interest and generating subsequent willingness to finance research. Without this firm footing, the Round Table meetings would not have been so generously hosted by several prestigious institutions. The major and decisive exhibition was opened in 2003 at the Staatliche Antikensammlung und Glyptothek, Munich: ‘Bunte Götter. Die Farbigkeit antiker Skulptur’ (Brinkmann - Wünsche 2003; Brinkmann 2017; Brinkmann 2020). The exhibition has since then been shown internationally – with accompanying catalogues - in many venues (http://www.stiftung-archaeologie.de/exhibitionsen.html). It has been seen by more than two million visitors. The exhibition was presented in independently edited versions with related catalogues in Copenhagen (Nielsen - Østergaard 2004), Rome (Liverani 2004), Amsterdam (Brinkmann – Bridjer 2005) and Stockholm (Beijer 2010).

In 2014, the exhibition ‘Transformations. Ancient sculpture in colour’ was shown at the Ny Carlsberg Glyptotek (Østergaard – Nielsen 2014). Before then, in 2011 and 2012, important exhibitions on a smaller scale had been mounted in the Winckelmann-Museum in Stendal 2011/12 (Kunze 2011) and in Leipzig 2012 (Cain 2012). The one in Stendal, on the ‘Artemis from Pompeji’ has been of lasting importance because of its catalogue contribution by Oliver Primavesi (Primavesi 2011).

In the field: investigating and conserving traces

Results of investigating traces of polychromy in the field lie within the sphere of the Round Table. It has two main dimensions: working on monuments kept at the place of discovery and dealing with finds as they come to light during excavations. The pioneering work done at such sites as Delos and Aphrodisias shows what can be done with mobile and flexible equipment. Developments in video-microscopy now adds affordability in examination and documentation in the field. Agreed guidelines on conservation methodologies in the field are much needed: it is one of the many challenges directly ahead.

In the museum: object biographies

At the Round Table meetings, light is thrown on ancient polychromy primarily through research on object kept in museum collections. It has become increasingly clear that the process involved is more complex than one might imagine. Understanding the features preserved on the artifact under examination requires the fullest possible knowledge of its ‘biography’. What treatment was it subjected to from the moment of discovery? How was it stored, packed, transported? Has it undergone conservation and if so by which methods? This aspect highlights the importance of collaboration with museum archivists as well as knowledge of the history of objects conservation and conservation science.

The hallmark of polychromy research: It’s international and interdisciplinary

As is clear from the meetings briefly mentioned above, Classical Antiquity has had an impact on all later periods of European history, far beyond its original geographical extent, and beyond the continent of Europe. Polychromy studies are therefore necessarily and fundamentally international.

The recent history of research on the polychromy of ancient sculpture and architecture shows that the other mainstay of the field is its interdisciplinary character. In the humanities, the core disciplines are classical archaeology, classical philology, ancient history and art history.  They must link with conservation science and the natural sciences of physics and chemistry. This again makes it an obvious necessity that research projects in polychromy are conducted by teams combining the competences needed. In most cases inter-institutional collaboration is required (on organization and methodology: Østergaard 2017).

Østergaard, J.S. (2017), Colour shifts: on methodologies in research on the polychromy of Greek and Roman sculpture. Proceedings of the Danish Institute at Athens 8, 2017, 139-166.

A cross-cultural and diachronic field of research

It is becoming increasingly clear that polychromy research must be cross-cultural and diachronic, looking beyond the geographical and chronological boundaries of the Classical World. Knowledge of the transmission and transformation of the polychromies of Ancient Near Eastern high cultures (Nagel 2010; Pannuzi 2015, 52-60; Nunn 2020) in their interaction with those of the Mediterranean is a prerequisite. The polychromies of later, post-antique periods offer invaluable insights by being far better preserved and documented – and in a closer, potentially bridging contact with Classical Antiquity to a degree which has yet to be fathomed.

This website serves a research community which developed during the formative years described above. It is an informally structured body and has developed organically since the first Round Table in 2009. There are no statutes and no membership; there is just an understanding that scholarly activity in the field, in the widest sense, is expected, as is participation in the Round Table meetings.

For the 9th International Round Table in 2018, at the British Museum, a website was set up to facilitate the preparation of the meeting. It was conceived by Joanne Dyer, organizer together with Thorsten Opper. It served its purpose well and was therefore adopted by the organizers of the 10th Round Table, held in 2020 in Berlin. Due to the Covid pandemic, this meeting was held on-line, and the time schedule of the program was therefore set to accommodate participation from other time zones. The number of participants rose dramatically. Joanne Dyer recognized the resulting need for a more permanent web presence as a source of information about the Polychromy Round Table and offered to set it up. A ‘Web Team’ was established to assist her, made up of colleagues with a history of active participation in the earlier Round Table meetings.

Mission statement: aims of the Polychromy Round Table and of this website

The Polychromy Round Table serves a community of scholars active in polychromy studies, focusing on, but not limited to Classical Antiquity. It does so principally by organizing biennial meetings with the aim of exchanging and discussing the results of on-going research.

A Committee appointed by the host/s of the meeting reviews submissions for presentation. The host institution/s endeavours to secure the publication of the papers presented based on peer-reviewing.

Through its website, the Polychromy Round Table facilitates the organization of its biennial meetings and provides information on research activities. The website is also conceived as a point of entry for persons interested in the field. It does so by providing a concise bibliography and relevant links to websites and publications.